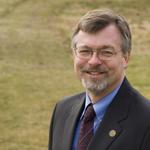 Arthur Boers holds the R. J. Bernardo Family Chair of Leadership at Tyndale Seminary (Toronto, Canada). He previously taught pastoral theology at Associated Mennonite Biblical Seminary (Elkhart, Indiana). An ordained minister and Benedictine oblate, he served for over sixteen years as a pastor in rural, urban, and church-planting settings in the USA and Canada. 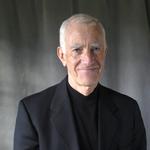 Albert Borgmann is Regents Professor of Philosophy at the University of Montana, Missoula where he has taught since 1970. His special area is the philosophy of society and culture. 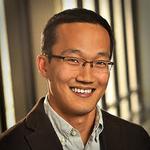 Since being raised in rural Minnesota, Dan has lived in a variety of places (Estes Park, CO; Chicago, IL; Minneapolis, MN; South Hamilton, MA) before finally landing in the Wheaton-Warrenville area in 2008. Over the years he has completed studies at Moody Bible Institute, Gordon-Conwell Theological Seminary, and Wheaton College, and has also gone through an Elder Apprenticeship at Bethlehem Baptist Church in Minneapolis. Dan has been on full-time staff at Grace Church of DuPage since 1 August 2012. He and his wife, Jen, live in Wheaton with their two children, John and Anna. 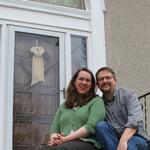 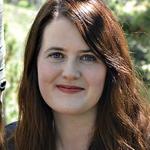 Sarah Clarkson is an author, blogger, and student of theology at the University of Oxford. She loves books, beauty, and imagination and wants everyone else to understand why they should too. She is the author of Read for the Heart (a guide to children’s literature) and Caught Up in a Story, an exploration of the way that narrative and imagination form a child’s sense of self. She wrote The Lifegiving Home with her mother, Sally Clarkson, and blogs about home, books, Oxford, and beauty at thoroughlyalive.com. When not chasing doctrinal mysteries down in the Bodleian, walking the meadows, or drinking another good cup of coffee, Sarah can be found at home with a good novel in the red-doored English house she shares with her husband, Thomas. 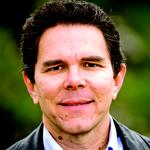 Bobby Gross is director of graduate and faculty ministries for InterVarsity Christian Fellowship (IVCF). Bobby serves on the national board of Christians in the Visual Arts (CIVA) and lives in Atlanta, Georgia. 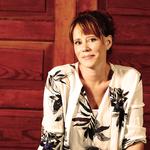 Sara Groves is a mom, wife, singer/ songwriter and recording artist with a passion for justice and a heart of mercy. She has joined forces with International Justice Mission to advocate for victims of human trafficking for the past 8 years. Sara has been nominated for 7 Dove Awards and has produced a string of successful albums including her latest, Floodplain, which was inspired by the Mississippi River in her hometown, and speaks of God's provision. Sara, her husband Troy, and their 3 children (Kirby, Toby & Ruby) reside in St. Paul where they cultivate an artist support community out of a 100 year old church called Art House North. 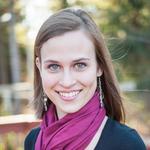 Laura Haynam is a private voice and piano teacher. She studied music at Moody Bible Institute, and has a B.S. in Music Education from Malone University. A former high school choral director, Laura performs and conducts in her spare time. She resides in North Canton, OH with her husband, Kyle, and her daughter, Caroline.

Lanier Ivester is a homemaker and writer in the beautiful state of Georgia where she maintains a small farm with her husband, Philip, and an ever-expanding menagerie of cats, dogs, sheep, goats, chickens, and peacocks. She keeps a web journal at Lanier's Books and is also the proprietress of an online bookshop specializing in rare and out-of-print titles from a gentler era. 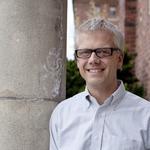 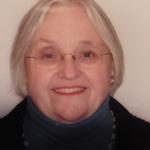 Gilda Karu is a nationally elected member of the Estonian American National Council. Her parents were refugees who escaped in the 1940’s during the Communist takeover of Estonia. Though born in the United States, Gilda’s first language was Estonian, and she speaks, reads, and writes this Finno-Ugric language fluently. Gilda worked to promote Estonia’s independence which was regained in 1991 with the demise of the Soviet Union. 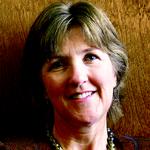 Lisa Graham McMinn, Ph.D., is a Professor of Sociology and Writer at Residence at George Fox University. She writes and speaks about gender and sexuality, creation care, food ethics and agriculture. Her books include, Sexuality and Holy Longing (Josse Bass 2004), The Contented Soul (IVP 2006), Growing Strong Daughters (Baker 2007), Walking Gently on the Earth (IVP 2010), Dirt and the Good Life: Stories of Fern Creek (Barclay Press 2012) and most recently, To the Table: A Spirituality of Food, Farming, and Community (Brazos Press, in publication). 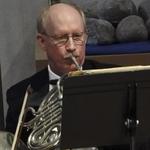 A native of Illinois, Steven J. Pierson, graduated with a Bachelor’s and Master’s in Music Education from the University of Illinois. Possessing academic level fluency in Swedish, he served for 15 years as an instructor, dean of students and academic dean of a post-secondary school of theology in west central Sweden. During this time, Pierson became acquainted with the music of Eastern Europe, particularly the Baltic States. With the relaxed policies of the latter Soviet Union, students from Latvia and Estonia were accepted to the school, further deepening Pierson’s interest. During his Ph.D. studies in international education, Pierson’s supervising professor, Dr. Ted Ward, worked together with him on plans to research Estonian choir music and its relationship to their cultural identity, history and general education. Pierson currently teaches part time at the College of Dupage and is a member of French horn section of the DuPage Symphony Orchestra. His horn teachers included Ethel Merker of the Chicago Symphony Orchestra and Bernhard Scully of the Canadian Brass. In addition, he has presented pre-concert lectures for The New Philharmonic Orchestra, resident at the College of DuPage. 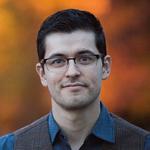 The Gray Havens centers around husband/wife Dave and Licia Radford. Since their beginning in 2013, their projects have been hailed as “an imaginative treatment of faith…[having] a visionary quality that’s both playful and enraptured.” They have a knack for creating a listening experience similar to paging through your favorite book, with richly textured compositions and multi-layered lyrics. Releasing their debut EP on Noisetrade in 2013, and their first full-length album, Fire and Stone, in 2015, the duo has gained a steady following of listeners nationwide. 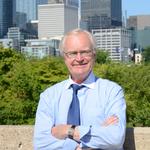 Siim was born in Germany, lived in Estonia during the German occupation (1942 – 1944) and immigrated to the US in 1950. He moved to Chicago in 1970 when he joined the UIC faculty to teach and develop courses in computer mapping. He is Vice President of the Estonian House of Chicago, on the board of the U.S. Baltic Foundation and is Honorary Vice Consul of the Republic of Estonia. 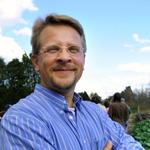 Norman Wirzba is Research Professor of Theology, Ecology, and Rural Life at Duke Divinity School. He is the author or editor of numerous essays and books, including The Paradise of God: Renewing Religion in an Ecological Age and The Essential Agrarian Reader: The Future of Culture, Community, and the Land.