Episode 1: This Space We're In

In the inaugural episode of Refracted Reality we explore how space and place shape and form us. We’ll meet Paul and Pamela Butler who have been turning an old church into their home (and into a church again). We’ll also talk about the intersection of theology and philosophy with our understanding of space with Dr. Albert Borgmann, Dr. Arthur Boers, and Dr. Eric Jacobsen. 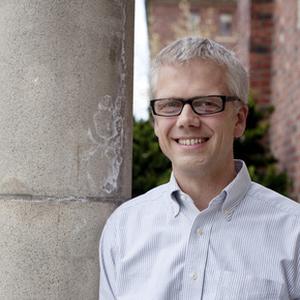 Arthur Boers holds the R. J. Bernardo Family Chair of Leadership at Tyndale Seminary (Toronto, Canada). He previously taught pastoral theology at Associated Mennonite Biblical Seminary (Elkhart, Indiana). An ordained minister and Benedictine oblate, he served for over sixteen years as a pastor in rural, urban, and church-planting settings in the USA and Canada. His newest book is Living into Focus: Choosing What Matters in an Age of Distractions (Brazos, 2012). The Way is Made by Walking: A Pilgrimage Along the Camino de Santiago (InterVarsity, 2007) reflects on a 500 mile pilgrimage that he walked in Spain.